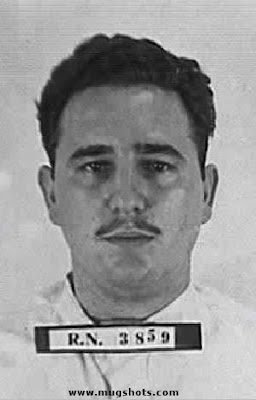 Fidel Castro, the man who has outlived nine (almost ten) administrations, thumbing his nose at the rabid anti-communists like Jesse Helms, is stepping down as El Presidente.

He killed thousands of innocent people without cause, outlawed music, tapped the phones of his enemies, and threw poets into jail without trial.

I don't know why Jesse Helms didn't love this guy. Maybe it was the free education and health care.

But here's something no one talks about, and that was Fidel's love of weed, ganja, smoke, doobies, dope and chronic.

I told this story in Beneath A Panamanian Moon, and it was based on a real incident. I knew a man named Choppo who had fought with Fidel in the mountains of Cuba. Choppo had on his wall an 8x10 of himself and Fidel firing up a massive baton. When I asked Choppo about El Presidente he said, "Fidel was a good man, but then he got caught up in politics."

There's a lesson for us all, I think, in this election year.

Often, people speculate how different history would be if we'd taken up Ho Chi Minh's offer of friendship in the late 40's, or if Hitler had been a successful painter, or if Fidel had made it to the major leagues. Interesting questions, all.

But I wonder how different things would have been if Castro had embraced his stoner self. Would Cuba now be known for righteous herb? Would international flights land at Havana every day at 4:20? Would desperate people be swimming that 90-mile stretch from Florida to Cuba instead of the other way around? Would Cuba, even now, be a place of peace and prosperity, with young woman rolling spliffs on their thighs instead of Montecristo Cubanos?

All we can do is wonder and dream of a Cuba that could have been.

Maybe soon we'll lift this fekakta embargo that has done nothing except hurt the Cuban people and I'll be able to go to that beautiful island to research the sequel to Panamanian Moon.

I think, in Fidel's honor, I'll call it Havana Smoke.
Posted by David Terrenoire at 12:42 PM

Love the title HAVANA SMOKE. I want to read that book.

I think I want to SMOKE that book.

After I read it, of course.