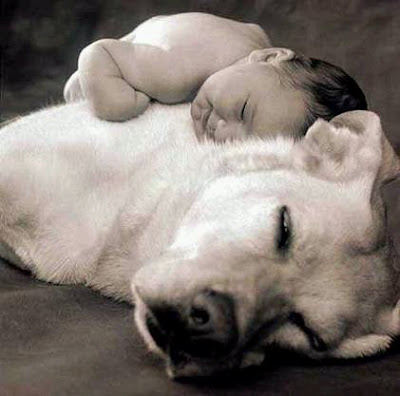 I'm ashamed to say that we don't really know our neighbors. We know their names and we say hi, but that's about it. Once, when a landscaper we hired mistakenly pulled up one of their azaleas, they made a big row of it, which is about as close as we've been.

About 10, our neighbor rang our doorbell. Jenny was already asleep, and I was near horizontal on the couch. I opened the door and Connie, in tears, said her dog had just died and she was dazed by grief.

I put on my shoes, grabbed an old sheet and went next door. I had never seen their dog before. Like I said, we weren't very close. But there, lying on their living room floor was a large, beautiful husky/shepherd mix. He looked like he was sleeping.

I knelt next to him and stroked his fur. He was warm. I felt for a pulse in his neck while Jim, Connie's husband, told me that the dog just stood up, started howling and then fell over, just like that.

I slipped the sheet under Hank, I think they said his name was, and made a makeshift litter so Jim and I could carry Hank out to the back deck. I left Hank there by the hot tub, covered in the sheet. I told Jim and Connie how sorry I was and listened again as Jim told me how Hank was fine one minute, and then he wasn't.

When Olen Steinhauer lost his dog, Bogi, he wrote that dogs were just heartbreak waiting to happen, and for Jim and Connie last night, that was achingly true.

I went home and petted Duncan for a long while. When I let him outside before bedtime, I didn't turn on our backyard light. I didn't want Jim and Connie to see him, still alive and happy, going about as if nothing had changed while their Hank lay on the back deck, covered in a neighbor's old sheet.

It would have been cruel.
Posted by David Terrenoire at 9:18 AM

You did a good thing, David. Very considerate of their feelings.

Okay, no more stories like that today. My eyes are swollen with pollen already.