This is why the GOP lost.

Elizabeth Dole became our senator by snatching Jesse Helms' seat just moments after the old sack of rancid goat entrails had vacated it. She hadn't lived in North Carolina since she was in school, was registered to vote in Kansas, and had lived with her husband, Bob, at the Watergate since the Cleveland administration. 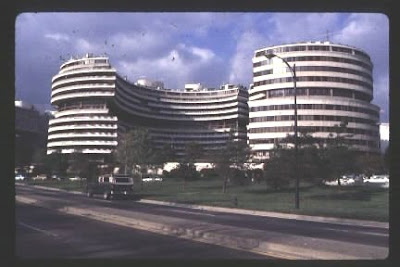 But when it came time to represent our state, Liddy polished up her Tarheel bona fides by trotting out her ancient mother who actually lived in Salisbury. That's how our gal replaced Helms' saggy posterior with her much more ample tuchus. 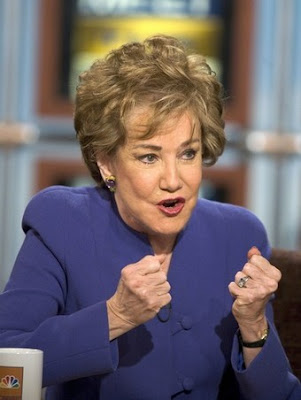 By the way, Liddy Dole hates being called Liddy, which is why so many people call her that.
Since her election six years ago, Liddy's time in North Carolina can be measured in hours rather than days or weeks, and her interest in our state's problems was like the distracted concern you might show for the chronic bursitis of an elderly neighbor whose name you can't quite remember. 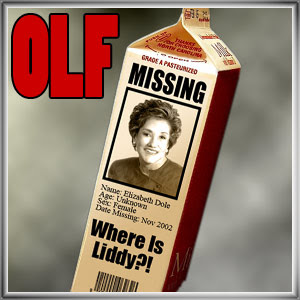 So it's no wonder she got that ample tuchus handed to her last week.
Liddy also ran a desperate ad in the final weeks of her campaign insinuating that her opponent didn't believe in God. That ad blew up in Liddy's face like a novelty cigar. 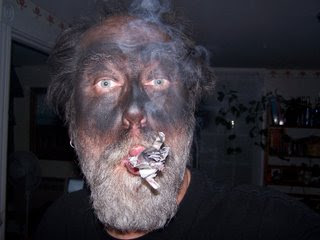 But what really lost Liddy her re-election was lame-assed campaign management, epitomized by this e-mail invite. No, it's not because they sent this invitation to a yellow dog Democrat. It's because of the time her campaign sent it:
Sent: Wed 11/05/08 3:12 AM

That's right. Liddy sent me an invitation to her victory party eight hours after the event was to begin.
It's this kind of incompetence that doomed the GOP this year, from the Bush administration's fuckups to McCain's erratic meandering, to the tone-deaf Bill Ayers ads.
January can't come fast enough.
Oh, and now that Liddy has lost her Senate seat, I'm sure she'll come home to live in Salisbury. 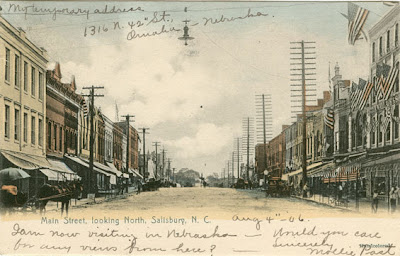 Yeah, like Bush is a cowboy, McCain is a maverick and Sarah Palin is qualified to be anything more than an Amway distributor, Elizabeth Dole is a North Carolinian.
Somebody pass me the barbecue.

Posted by David Terrenoire at 10:13 AM