Welcome to The Planet, member FDIC. 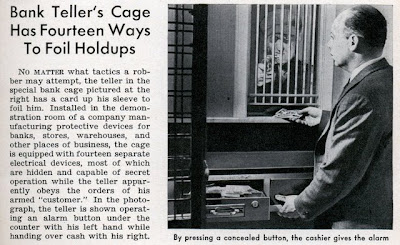 I've decided to become a bank.

Don't believe it? Open an account and I'll send you a toaster.

Sometime, when I get around to it.

In the meantime, I will reluctantly be forced to charge you a handling fee, a storage fee, an accounting fee, a cash-touching fee, a free gift fee and a vodka surcharge in order to process your account, which you can rest assured is completely protected by real locks with keys, a barking dog and an old man with a .45.

Why, you may ask, would a perfectly sound blog (caring for you since 2004) want to become a bank just when our financial system is looking less like Hamilton's dream, and more like an Amway pitch from a guy who used to sell car insurance?

So I can line up for that sweet, sweet government cheddar the Treasury is shoveling into banks with abandon. And I'm not alone.

But insurance companies are also getting in line, their hands out. All these hardened free-market capitalists need to do is buy an old bank or S&L and then they're magically eligible for a slice of that tasty socialist pie.

Some of the largest life insurers like the Hartford, are buying up tiny savings and loans on the cheap. It's probably a coincidence that just as the Hartford bought a threadbare Florida bank, they applied to become a bank holding company and, again, another conicidence, asked Treasury for their slice. So, by spending $10  million for a saggy old bank, they're now eligible for as much as $3.4 billion in shiny federal aid. It's like a bank hold-up, in reverse.

Another insurer, Lincoln National, is buying Newton County Savings and Loan (with a full-time staff of three people who will most likely be laid off before New Year's), for just over $7 mil. In return, they could get up to $3 billion in Bernanke Bucks.

Sunday's post scared a lot of people and I'm sorry for that. I'm trained to hold off the resolution to the end, and for several paragraphs I had readers thinking the worst. That was unfair, and while I'm touched, and more than a little amazed that so many people care about my health, that was wrong.

So, I apologize and promise not to be such an insensitive ass in the future.

(Yeah, like that's going to happen.)
Posted by David Terrenoire at 9:34 AM

My roommate's cat is driving me crazy-if I send you a box with air holes that's meowing ferociously and insists on being fed every two freaking hours, will I get my toaster?

Actually, if you take the cat, you don't even have to send me the toaster...