Another year older and deeper in debt. 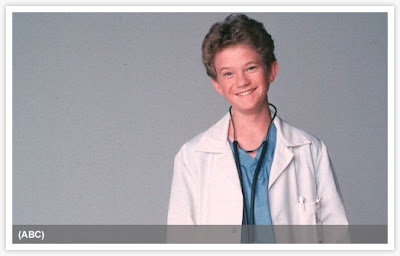 If you're over 35, you've probably had some physical reminder that you are now, officially, old.

I'm not talking about the high school kid at Burger Barn who calls you Sir or Ma'am.

I'm talking about getting stopped by a cop who looks like he's skipping ninth grade biology class.
"No, officer, I didn't see that stop sign and, on an more personal note, do you shave?"

Or getting assigned a doctor who looks like she's playing dress-up. You wonder why she isn't at home doing her algebra homework.

And you wonder, "Why is everyone so young?"

The answer, of course, is they're not young, you're just old. And getting older.

In a little over a year, I'll hit sixty. If I'm lucky. That's the other thing, the older you get the more people you know who have either shuffled off the coil or have stared the reaper dead in the peepers. A friend had a heart attack this week and while he's thankfully doing OK, it gives all of us alta cockers pause. I think the phrase is memento mori, eh? Be mindful of death.

I started thinking about this on Tuesday. During the warm glow of the inaugural celebration, the joy of being rid of the incompetent dauphin, I realized that this was not only our first African-American president, but the first president who is younger than I am.

That's a sobering thought. And as I battle rising cholesterol, joints that feel like sandpaper, a digestive system that is ever more inclined toward bland vanilla versus blazing burrito, I wonder just how the hell I got here so fast. And who is that old fuck staring back at me from the mirror.

That's it for today. No jokes, just a little splash of cold reality to wake us all up on this chilly Thursday morning.

Now I need a nap.
Posted by David Terrenoire at 9:38 AM

Old? A young whippersnapper such as yourself? Surely you jest.

He's younger than I am, too. Thanks so much for this post, which has made me feel old. And I am an old mother to boot, so I still have a middle schooler at home to give me even more gray hairs.

David: I thought about the Obama thing back in Nov. but blisfully forgot about it--until now! There's an upside though, I'll probably forget about it again by tomorrow.
John McAuley

I'm not getting older.

I can say that. The president was in kindergarten when I was born.

I tried to tell you that you were getting older, but did you listen to me?

And ain't it fun, when your elderly mother (or father) stares back at you from the mirror.

I'm pushing 40 this year. I make it another 10 and I figure I'm in the bonus rounds.

Somebody tells me they're old and I remember a scene from Catch-22.

Yossarian: He was very old.
Luciana: But he was a boy.
Yossarian: Well, he died. You don't get any older than that.

So y'all, quit yer bitchin'. Ya ain't dead yet.