While we're waiting for Molly and her band to give me the official decision (and some tracks I can post) let's take a look at what's happening in Tulsa, where my sister and mother live.
We ventured to Tulsa for my mother's birthday a few weeks ago. I'd never been to Oklahoma except to whiz through on Rt. 66, where I got my kicks in places other than Oklahoma and that great waste of planetary space, the panhandle of Texas which is bigger than the moon and a lot less interesting.
Tulsa was built on oil money and Christain fundamentalism, two things you might not put together, given that whole earth being six thousand years old conundrum. It's the home of Oral Roberts University, where God ran a protection racket a few years ago when the Reverend Oral told his congregants that if they didn't pony up a few million bucks, God was going to whack him.
They ponied up and God called off his goons. Hallelujah.
If you've never seen the good reverend in action, watch him explain hhow sex works in this truly miraculous video clip.

Amazing, isn't it? I've gone on record about the Family Values crowd and their freaky bedroom behavior making me, a guy who once thought of himself as a libertine, look like a cloistered monk in comparison.
So you can imagine my surprise when we learned that, not surprisingly, the sexual hijinx continues. Allegedly. See, Oral retired as head of Oral Roberts University and passed his throbbing scepter to his son, Dick, and I'm not making that up. This is Dick's wife, Lindsay. 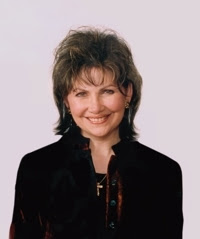 From this picture, Lindsay is an attractive child of God, preaching the Word. Lindsay has written several books, but my favorite title is this: Dear God, I Love To Eat, But I Sure Do Hate To Cook cookbook.
She is a member of the Oral Roberts University Board of Regents and is quoted as saying, “I am dedicated to God and willing to do whatever He calls me to do.” That, allegedly, includes sleeping with one of the local fraternity boys. 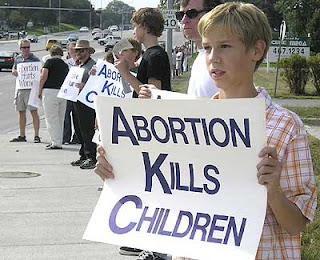 My personal relationship with God was strenthened in Tulsa when we went to pick my mom up for breakfast Sunday morning. There on the corner, a local church had turned out to protest abortion. Now, I'm no fan of abortion. I don't know anyone who is. And I am a fan of the First Amendment, so I applauded the vigorous exercise of that freedom by this local church even while I was wondering how many abortions take place outside a church in Tulsa.

We went to breakfast at an IHOP where they have discounts for large people, or so it seems. When we returned to my mother's place I saw that the abortion protesters were gone. They, apparently, had been heartily rained upon while we were just a few miles away, in sunshine, eating our flapjacks.

That's right. God rained on the protesters while sparing the heathens skipping church.

More as work calms down to a small tsunami and I get caught up from the trifecta of traveling, vacation and sickness.
Posted by David Terrenoire at 12:51 PM

I am so incredibly traumatized by that clip-- maybe we got lucky and some of his parishoners were also traumatized enough that they won't reproduce and perpetuate the stupid?!

I'm amazed that Oral is so at ease with the word "vagina" yet can't seem to bring himself to refer to a man's penis as anything but his "organ." Hmmm.