A couple of posts that sadly are still relevant. 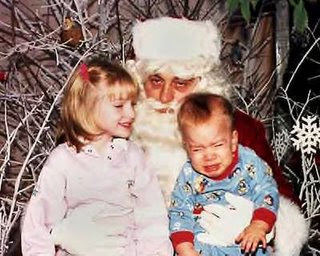 A few days ago, our friend Dusty Rhoades wrote about the latest missive from the front lines of the War on Christmas, a completely bogus annual event designed to boost Fox ratings and incite faux outrage against anyone who has the good manners to wish strangers a happy holiday this season.

I'll let you read about it here.

Three years ago I posted this: 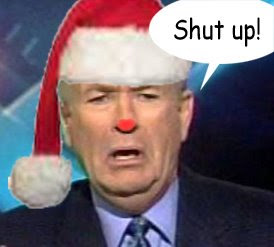 Fun with Photoshop. I also wrote this about a real event:

(I love the smell of pine trees, gingerbread cookies and urine in the air. That says Christmas to me.) 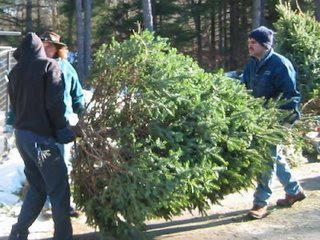 And wrote this about a made-up event:

Undercover police stepped up the War on Christmas by busting dealers and confiscating illegal plants yesterday in a seasonal sweep code-named Operation O'Reilly. The head of the task force, Sergeant J. D. Rhoades, said, "These dealers set up on any vacant corner, even next to churches. It's disgusting."

The police burned hundreds of the offending shrubbery and accompanying paraphernalia. "There were glass balls, lights, and tinsel," said Officer Duane Swierczynski. "Doesn't anyone think of the children?"

Mayor Jeff Shelby vowed that the crackdown would continue throughout the Solstice. "Miscreants who sell wreaths and misteltoe will find no place to hide in our community," he promised.

In another story, police raided Northpointe Mall and found Polaroid photos of young children, some in tears, sitting on an old man's lap. The children had been enticed into the seasonally explicit pictures by the promises of candy canes and toys. Police also confiscated a list of alleged "naughty" boys and girls. The man in the photos, an S. Claus, address unknown, and several diminutive assistants were taken into custody in what police suspect is gang-related activity.

I look back on it now and think it was pretty lame. But isn't that the truth with all of our work? Will there ever be a time I can look back on something I wrote a few years ago and not think, "Jesus, what was I smoking when I wrote that?"

I think it was Stravinsky that called this constant dissatisfaction with our work "divine discontent," a state that forces us to work harder and yet, like Sisyphus, still be stuck with that same damn rock at the borrom of the hill every morning.

Or maybe a different rock. I heard an interview with Philip Roth the other day and the interviewer asked him, after writing more than 50 novels, if it hasn't gotten easier. He answered no, because each book is a different book and that means each book's difficulties are new.

One of the reasons this WIP is taking so long is that I'm trying to write a bigger book than Panamanian Moon. Not bigger in size, perhaps, but in points of view. Panamanian Moon was written in one person's voice, that of John Harper's, and if you've read this blog for more than a day, you'll recognize that Harper's voice is very close to my own, which made the actual writing easy. The plotting not so much.

By the way, the first picture up there is from a site called Scared of Santa. You can see more here.

Posted by David Terrenoire at 9:31 AM