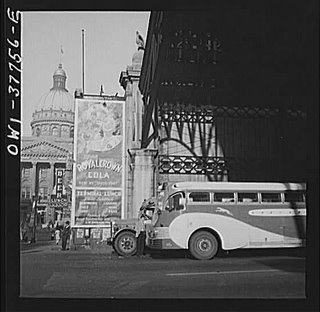 Now the Stokes family of Ohio, they've seen shit. Lots of it. In fact, they're suing the Greyhound bus company over a carload of the stuff that was unceremoniously dumped on them during a family trip in their Ford Explorer.

They were stuck behind a bus on I-75 when the Greyhound, like some vomiting demon from the dankest pit, spewed forth the entire contents of its sanitary tank onto the Stokes vehicle, which had its windows and sunroof inconveniently open. The Stokes family, including three children were drenched in "a mixture of urine, feces, and toilet paper."

"My client was driving in heavy traffic," their lawyer said. "They had nowhere to go. What can you do?''

According to the news, they're seeking $280K in damages, and in my opinion that's a mightly paltry sum for being drenched in ordure.

The Stokes' Ford Explorer was declared a total loss because the interior smelled like Michael Richards' career, even after being steam-cleaned several times.

A word of advice to Planeteers traveling this holiday week. Roll up your windows.
Posted by David Terrenoire at 12:49 PM

Reminds me of the story about Dave Matthews dumping his sewage into the Chicago River.

That's funny. I thought Dave Matthews hadn't been in Ohio since early summer...