One step ahead of the devil. 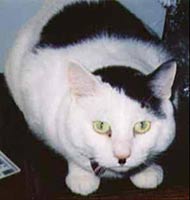 Allow me to explain. When my wife and I bought our first house, hoping to get a share of the great American Dream, the bottom fell out of the real estate market and we lost our shirts.

When the stock market was doing well and everyone was making money just by breathing, my wife said it was time we stepped up to the investor class. I told her we would have better success if we took all of our money and bought a full page ad in the Wall Street Journal promising NOT to invest in the stock market if everyone would send us five dollars. For some reason she thought I was being negative. We invested our money and the market tanked.

I worked for 12 years to get a book published just as readership dropped to a low not seen since illiteracy and bad teeth swept medieval Europe.

So I decided not to vote for the first time in decades. I lull the demons and for once, some decent candidates win and the evil Karl Rove is spanked in public.

That does not change my ultimate goal, which is to quit politics just as I did cigarettes, because both addictions are unhealthy. I just hope this new boss can govern better than the old boss, which shouldn't be hard.

If later on today we discover that the fat-headed, racist, football-playing frat boy whose only accomplishment in life was being born to a famous father has eeked out a victory over the decorated combat veteran, former Sec. of the Navy and acclaimed novelist, then you'll know that my demons have figured out my plan and stepped in at the last minute to fuck things up.

Trust me. When you see a pattern in your life, you learn to cope.
Posted by David Terrenoire at 7:01 AM

Pessimism's just another word for Pattern Recognition. Hope your plan pans out. For all of us.