iPods in the News. 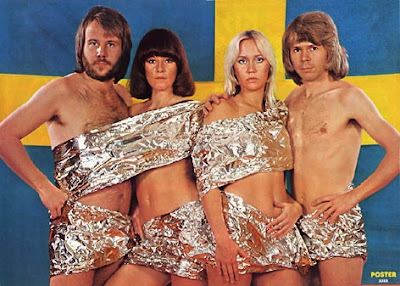 This morning, the editor of Rolling Stone said that Obama has great musical taste, which doesn't surprise me. In an interview with RS, Obama admits that he has "pretty eclectic tastes."

What's on his iPod?

The Rolling Stones, Ludacris, Springsteen, Stevie Wonder, and Dylan. He's quoted as saying, "One of my favourites ... is Maggie's Farm. It speaks to me as I listen to some of the political rhetoric." There's also Miles, Coltrane and Charlie Parker. Pretty decent mix, if you ask me.

Not too unexpected. No Hammell on Trial or Steve Earle.

The VP rocks out to Hank Williams, some tunes from the 40's and the wails of tortured prisoners. Again, no surprises.

Hillary Clinton's iPod is pretty cool. Her playlist is boomer-centric with the Beatles, the Eagles and Aretha. No Celine Dion.

So, what's on your iPod? And would it hurt you if you ran for office?
Posted by David Terrenoire at 10:48 AM

I'm so old and uncool that I don't even own an iPod.

I suppose something in there's bound to piss off somebody.

BOTH versions of "Land of Confusion"

So tell me. Why did Mike Rutherford seem only mildly annoyed at Ronald Reagan, but Disturbed wouldn't mind seeing George W. Bush blown up?

I guess the most embarassing thing I've got is a couple William Shatner "songs". Let me quickly add that they're all produced by Ben Folds. For some, that probably doesn't excuse it, but they still crack me up.

Have you noticed, that some of the media have quit reporting on Obama, and started writing a joint Obama romance novel?

No Celine Dion or Bryan Adams, thanks.

Tons of blues, rock-n-roll, country (the real stuff as opposed to the pop stuff nashville churns out, such as that Chesney jackass), jazz, folk, etc.

What an eclectic crowd reads this blog. I am so gratified.