More news from the American Institute of DUH. 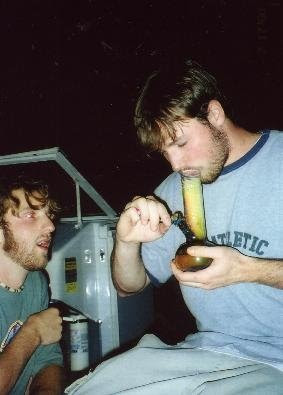 Surprise, government research has discovered that smoking a lot of pot is bad for you. According to this report:

How much pot are we talking about?

"The marijuana users in the study averaged smoking 78 to 350 marijuana cigarettes per week, based on self-reported drug history, the researchers said."

Perhaps, if we think about this, there's another reason for those health problems. Maybe it's the munchy affect. 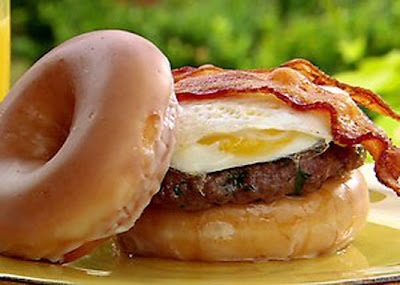 And yes, that is a Krispy Kreme.
Posted by David Terrenoire at 9:33 AM

I haven't smoked anything in years and yet that Donutburger looks unbelievably good.

What an odd perspective. Imagine the consequences of:

and so forth, to say nothing of 350 per week. 350 Tic Tacs per week would have deleterious long term effects.

They had to do research to find that out? All they really needed to do was meet some of the people I knew in college, could of saved a hell of a lot of money...

And if eating Krispy Kreme is wrong, I don't wanna be right.