Is the media really in love with Obama? 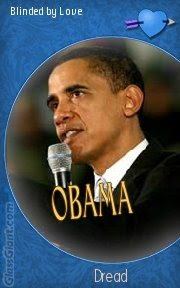 Constant reader Dread asks if we've noticed that the media has stopped writing stories about Obama and started writing romances instead. I don't mean to pick on Dread, but I don't buy it.
I make no pretense to being objective about this, but every time I hear someone mention the liberal media, I ask them to Google Sue Schmidt, the AP's Nedra Pickler, Fred Hiatt, Rick Kaplan and Judith Miller.
Steno Sue writes for the Post and has never read a White House press release that she didn't pass along with love. Fred Hiatt has turned the Post's Op-Ed page over to right-wing bloviators like Charles Krauthammer. Rick Kaplan turned CNN to the right and then moved on to MSNBC with the truly crazy Michael Weiner Savage. Phil Donahue had already been fired, even though Donahue had the highest ratings on the cable channel.
And we should all remember Judith Miller at the NYT and her pushing the war based on stories fed to her by the administration, Chalabi, and the aptly-named Curveball.
The mainstream media is so frightened by the right that they bend over at the slightest hint that they're leaning left.
I hear consummate Beltway insider Cokie Roberts and political reporter Juan Williams of NPR (and Fox News) and wonder why NPR is considered liberal. I watch NBC and wonder how anyone can say it's liberal when one of it's primary political reporters is Andrea Mitchell who is married to Alan Greenspan, the acolyte of Ayn Rand and the man at least partly responsible for our economic problems, from the national debt to the mortgage meltdown.
I am not ojective, I admit, but these are the stories I've seen this week: Obama went back on his word over campaign financing (flip flop!) and he approved the new FISA compromise. Neither of those stories are positive, the FISA compromise, in particular, is a big disappointment.
I've also heard about the Newsweek poll that puts Obama 12 to 15 points ahead of McCain, and in every story I've read or heard, reporters are quick to point out that this poll is "an outlier" and may not reflect how close the race really is.
I've heard that Obama trails McCain when people are asked about national security, that a McCain advisor said a terrorist attack would benefit McCain's campaign and that Karl Rove thinks Obama is "that guy" at the country club that makes snide remarks about everyone else. Yes, the same Karl Rove who was recently hired to write for Newsweek.
What I haven't seen in the mainstream news is how McCain's top energy advisor, Phil Gramm, was responsible for legislation that unleashed Enron on the US, at a time when Phil Gramm's wife, Wendy, sat on the board of Enron. You'd think if the media really did lean left, this would be major news, but sadly, it is not.
Liberal media? Maybe at one time, like in the 70's, but not today. Today a small handful of corporations own the majority of media outlets. Reporters who want to keep their access to the White House are remarkably uncritical. Columnists who were fired after 9/11 were fired because they criticized Bush. Columnists who have been consistently wrong, especially about the war, have been rewarded. Just look at the records of Tom Friedman and David Brooks, both of the liberal New York Times.
So, I'm not buying it. I know a lot of people believe it, but I think it's convenient bunk. If there's any romance being written by the mainstream, it's a love of money and an infatuation with the trivial.
But you won't read about that in the news, either.
Posted by David Terrenoire at 8:36 AM

And lets not forget all the handwringing about "Angry Negress" Michell Obama and her "inflammatory" master's thesis, to the point where my mother says "I'm terrified of that woman"...while Cindy McCain's record of drug addiction and thievery from her own charity to support her habit gets a pass.

I try not to pour salt into anyone's open wound, but I do love kicking the top off of a fire ant hill.

I believe that opposing postions are what have brought this country balance over the years, and is one reason I read your blog; to pick up a little offsetting weight to gain balance. The other reason is entertainment. In a quirky sort of way, as only we Americans's can provide, you accomplish both, a majority of the time.

I won't argue with your list of "been mean to Obama, kisses McCain's ass" media. There's an equally lengthy one that flows just the opposite way, beginging with Katie Couric and ending with our local fish wrapper's editor in chief.

As long as that blathering Rush Limbaugh-humbug is on the air, no one can say "all" the media are liberal slaves.

I admit that I am no more objective than you David; very likely less so. And my leanings are more toward moderate conservatie than liberal. But, what I did was ask a question; "Have you noticed, that some of the media have quit reporting on Obama, and started writing a joint Obama romance novel?" You answered, I suppose, by pointing out the McCain romance novel, and conservative or Bush biased media. Fair enough. "SOME" of the media, somewhere, may be fair and objective and unbiased. Meanwhile at least we seem to be achieving balance.

Oh yeah; the other reason I read your blog? You are an accomplished wordsmith, and I admire your craftsmanship, although I truly will probably never understand your and my Dad's political philosophy. And, you can pick on me, I don't mind, not if you are at least making a point.

If I do nothing but serve as a catalyst, I have done well. Now, I'm going back to read your post again and see if you answered my question about SOME of the media. Then, I'm off to kick the top off of another fire ant hill.

Having worked in the "liberal media" for over 20 years, I can say the "liberal" media is definitely NOT. The corporations that own most of the newspapers in this country lean far to the right, not to the left. Maybe the reporters and some copy editors might be "liberal" but their opinion does not matter...they have to spout the company line, which is conservative.

Oh, hell, let's just admit it. The liberal media is stifling all conservative voices. Just ask Rush Limbaugh, Bill O’Reilly, John McLaughlin, George Will, Sean Hannity, Pat Buchanan, Phyllis Schlafly, Matt Drudge, G. Gordon Liddy, Michelle Malkin, Hugh Hewitt, Steve Doocy, Oliver North, and of course, Ann Coulter. Or just turn on your TV or radio or pick up a newspaper or book. They’ll be right there, on the dial, page or screen, all happy to tell you how their voices are being stifled by the all-powerful Lords of Liberalism.